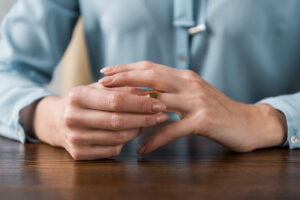 In July 2015, the United States Supreme Court legalized same-sex marriage nationwide. Prior to this ruling, each state was essentially free to decide whether to legalize same-sex marriage or not.  This caused a lot of confusion to say the least, as a same-sex couple could have been recognized as being a married couple in one […]

When the U.S. Supreme Court made same-sex marriage legal everywhere in 2015, same-sex divorce was already a fact of life in most of the country. But, almost seven years later, divorcing for LGBTQ+ couples continues to be a complicated endeavor. Many of the difficult issues stem from the fact that many of the relationships began […]