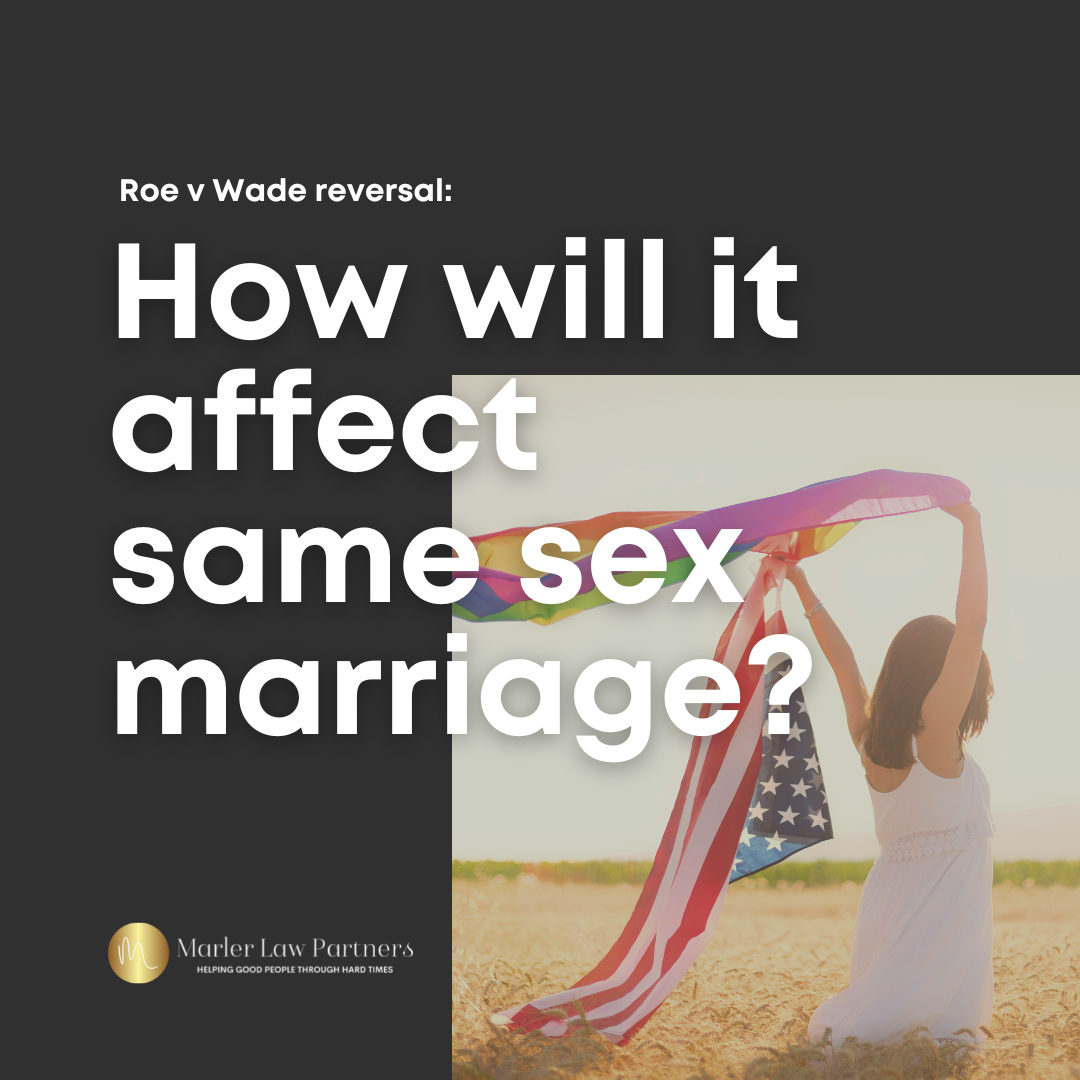 There is hardly anyone in the United States who has not heard about the reversal of the landmark 1973 Supreme Court decision rendered in Roe v. Wade. The same court, albeit with different judges, proclaimed in 1973 that the United States Constitution grants the right to abortion, has reversed itself. In the recent court case of Dobbs v. Jackson Women’s Health Organization, the Supreme Court overturned Roe v. Wade. However, it is important to note that this 2022 decision does not say that abortion is now illegal. Instead, it says that abortion is not a protected right as far as the United State Constitution is concerned. This decision lets the states decide and rule on the legal status of abortions. Therefore, a state can choose whether to designate abortion as legal or illegal, as many states do.

Will same-sex marriage rights be overturned?

Now that the Supreme Court has ruled that the 14th amendment does not protect the right to abortion, the right to same-sex marriage could also lose its status. In other words, in the future, the Supreme Court could rule that same-sex marriage, like abortion, is not a constitutionally protected right. This is exactly what Supreme Court Justice Clarence Thomas insinuated in his opinion in Dobbs v. Jackson Women’s Health Organization, wherein he stated that he would like to reexamine whether other rights granted through the 14th amendment have been done legitimately.

If you are concerned about Roe v. Wade’s overturn on the right to same-sex marriage, contact the attorneys at Marler Law Partners. Call us today for a free consultation.

How will the reversal of Roe v Wade affect second-parent adoption? The…