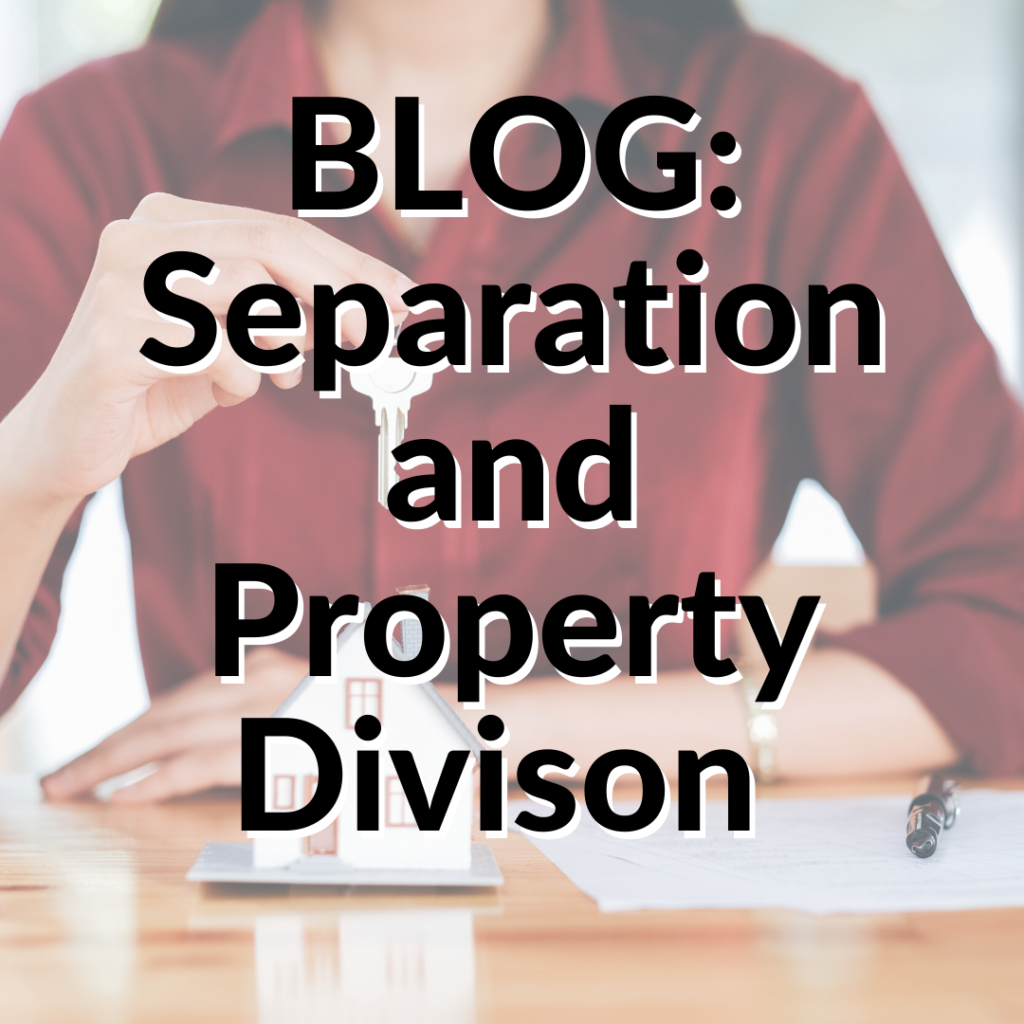 The messiest part of any divorce is always the property division: “Who gets the dog?” “Who gets the house?” “Who is responsible for the debt?” Property can cover so many things – not just physical assets, but monetary assets and business holdings as well. Below we showcase an example of why property division matters and then answer some of the most frequently asked questions.

I once heard about a couple, let’s call them Mr. and Mrs. Smith, who had been separated for 20 years but never finalized their divorce. At the time, a divorce was too expensive, so they opted to separate and leave the official legal paperwork until a later time when the children were adults.

Finally, two decades after the initial separation the couple decided to proceed with the formal divorce filing. Thinking they had skipped over what they believed would be the worst part of the divorce – child custody and child support – the Smith’s was surprised to see that their newly acquired assets could be up for division in the divorce proceedings.

We will talk about the Smith’s situation as we outline the basic tenants of property division below.

What happens to the property and debt if you get divorced?

The preferred method of figuring out who gets what property during a divorce is to figure it out amongst yourselves, without an attorney. However, because most divorces are contentious and the parties aren’t necessarily getting along, an attorney or mediator usually has to get involved.

There are two ways property division is handled, depending on the state you live in.

Missouri is an equitable division state.  According to Investopedia, equitable division is “a legal theory guiding how property acquired during a marriage should be distributed between a divorcing couple. Equitable distribution, also known as equitable division or division of property, takes into account a variety of factors when dividing assets and debts, including how long the parties were married, their needs, and the financial contribution each party made during the marriage.”

The judge won’t necessarily divide the assets evenly, but equitably. For example, two thirds of the property may go to the lower earning spouse, and the other third goes to the higher earning spouse, or vice versa.

In the case of Mr. and Mrs. Smith

If Mr. and Mrs. Smith lived in a community property state, their assets that were gained during the course of their separation would be considered separate property. However, let’s pretend this case took place in Missouri, which is an equitable division state.

In Missouri, all property acquired during the marriage is presumed to be marital property and subject to division. Likewise, in the case of the Smiths, all assets would be totaled up. The judge would then decide what percentage would go to each party.  Does Mr. Smith get 100% of his house in his part of the assets, or will they have to liquidate and divide the value of the home? With Mrs. Smith have to share a portion of her business earnings with Mr. Smith if he makes significantly less or some of their joint assets were used to make the business?

We will revisit the Smith’s in our next blog and discuss a couple of steps they could’ve taken prior to divorce to allow the property division process to be less complex.