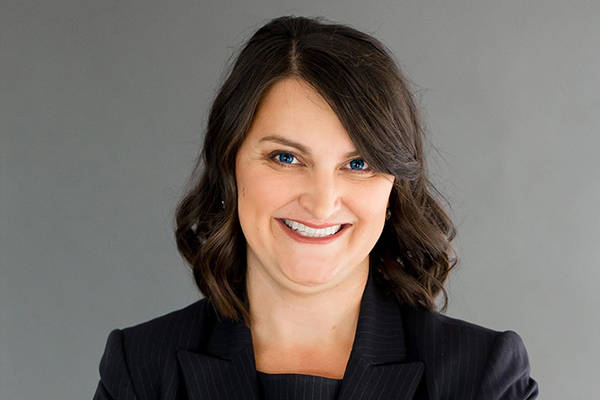 This is a hard post for me to draft. Part of me debated if as a completely white-operated law firm it was even our place to say anything regarding the Black Lives Matter movement. I feared that it might come off as a “trendy” thing to do, instead of sincere.  However, I have learned over the years you never go wrong doing the right thing, and I must live in accordance with my core values. And, since one of my core values is being authentic, here we go…

At Marler Law Partners, our mission is simply to help good people through hard times. That’s it.

A good person can be any race, religion, nationality or gender. However, as a woman who has been through the criminal and civil justice system as both a citizen and an attorney, I can tell you this: our system does not treat everyone the same.

If you read my Q&A Blog Post last year, you might have read the story about my run in with a cop during my college years.

Growing up, I wanted to be in law enforcement. I really cared for people, respected cops and wanted to protect my community. When I was starting college, I talked to my college advisor and he asked why I wanted to be a cop. I had a typical teenager response, “fast cars, guns, etc.” He said I was smart [being only 17 and starting college] and asked if I had ever considered going to law school. At that point I had. My mom tells me that as a kid I was always saying I wanted to be a judge.

Around that same time, I had a run in with a police officer where I had gotten pulled over, and he was a complete jerk. I wasn’t doing anything wrong, but he didn’t like that I was out at 4 a.m. with my friends. He wrote me a ticket for going 35 over, when I actually had my cruise control set to the speed limit. He literally said “It’s your word against mine; I’ll see you in court.” I ended up having to pay a lot of money for that ticket. That situation, paired with where I was and what I was doing in college, propelled me to go into law school.

My experience pales in comparison to my black counterparts; I have one story to tell. Just one.   So many within the black community have countless.

Let me give you some examples that stand out to me:

My thoughts are incomplete without sharing that these “jerk cops” make the good police work and REAL cops’ jobs so much harder.  I know many amazing police officers.  They want to keep the peace and serve the community and I am so thankful for them.

I’m in a unique place as an attorney because I’ve been on both sides of the system.  After over nine years as a criminal defense attorney, I worked in the St. Louis City prosecutor’s office.  The higher-ups in my office were very aware of racial disparities and did what they could to educate and eliminate them.

I remember in one office meeting we played Monopoly- completely unexpected, by the way.   Some of us started with $50 and no property and others $10,000 and half the properties. Who won?  Whose lives were easier?  Who had less, stress and better attitudes?  Of course, this was the goal of the game; to make some people feel the lack of opportunity that so much of our black community does.  We then discussed this situation for many criminal defendants and what our role was in taking defendant’s social histories into account.  We were challenged to do our part, knowing that we were only one piece of the puzzle.

With all of that said, please know that we at Marler Law Partners see you and recognize that Black Lives Matter.  We are committed to helping good people through hard times and we will continue to live out our mission for all.

In the last of our attorney Q&A blogs, Ramona Gau sits down…

MARLER LAW PARTNERS GIVES BACK DURING THE HOLIDAY SEASON